Centre for Methodology and Training 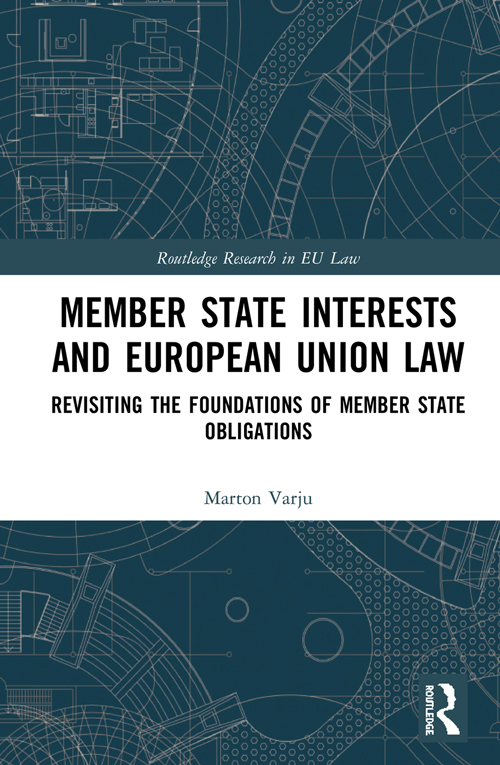 This book re-examines the law governing the obligations of the Member States in the European Union from the perspective of the interests formulated and pursued by national governments in the EU.

Member States’ interests provide the source as well as the limitations of the obligations undertaken by the Member States in the Union. From the early days of European integration, they have determined how the law frames and defines EU obligations in the Treaties, in legislation and in the jurisprudence of the EU Court of Justice. The book neither challenges directly, nor undermines the current state of the law in the EU. Instead, it introduces a framework for interpreting and analysing legal developments – both legislative and jurisprudential – from an angle which brings the legal dimension of the membership of States in the European Union closer to its political reality. By choosing Member State interest to frame its analysis of the law, the book expresses a clear intention to explore further the interactions and the potential interconnectedness of the intergovernmentalism of EU decision-making and the normative supranationalism of the application and the enforcement of Member State obligations, in particular at the national level. Analysing how diversity among the Member States, which arises from different local interests, institutional frameworks and socio-economic arrangements, is assessed and sustained in EU legislation and in the jurisprudence of the Court of Justice, the book examines the impact of EU obligations on Member State territorial authority and territoriality. Providing a new perspective on Member State interests and European Law, the book closes the widening gap between the politics and law of European integration and between its political science and legal analysis.

The book is essential reading for students and scholars in the field of state law, EU law and politics.